2014 Kia Forte is one of eye catching model in its lineup it has crisp styling along with improvisation & innovations on its features and appearance of both interior and exterior looks. 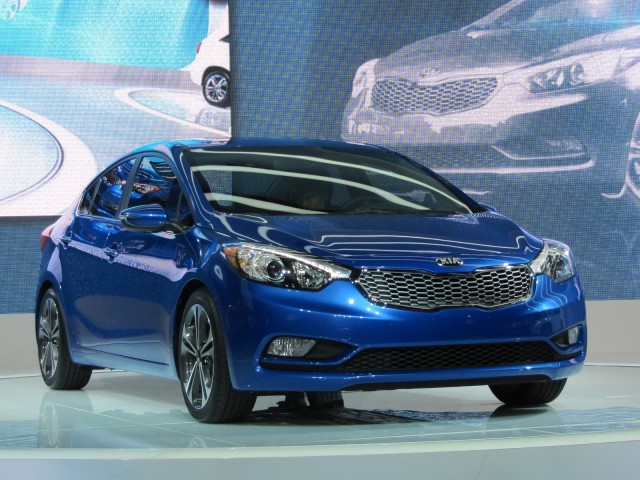 Kia is a Korean origin car, the 2014 Kia Forte is all set to cast a spell on the car lovers, and it comes improvised from the ancestral cluster of Kia cars. It is a sedan falls in c-segment and its third generation car. Koreans are obsessed with beauty and Kia Forte 2014 is beautified to the glory.

The key features of new Kia Forte 2014 model are: A gasoline engine of two four cylinders for fuel efficiency another for power, and 1.8 liter unit giving horsepower of good 148-hp, 131-pf of torque, 6-speed transmissions are fixed for all the models. 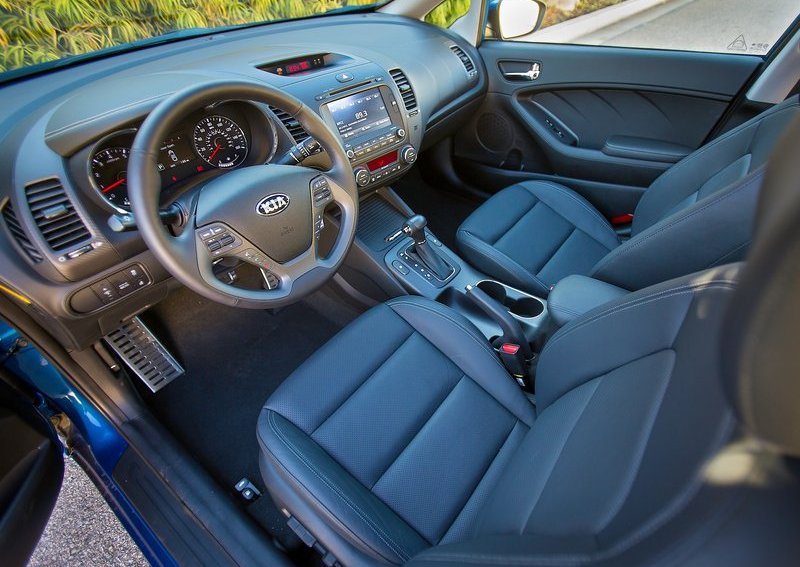 Wheels are variable from 15,16,17 inches, and wheelbase of 106.3 inches, chassis are also longer, Interiors are re-furnished in leather make to give it a classy look and makes the driver feel on cloud nine with 10-way power seating which is adjustable ,flex steer system, navigation facility, LED lamps front and rear, and also high density headlamps and tail lamps, also has satellite radio, and air conditioning as well, infotainment ,back up camera, it is sleeker and fancier in appearance.

It also comes in two trims like LX and EX, comes with power steering, it is wider and longer than the previous ones which make it even more attractive, power sunroof, Bluetooth equipped power windows. 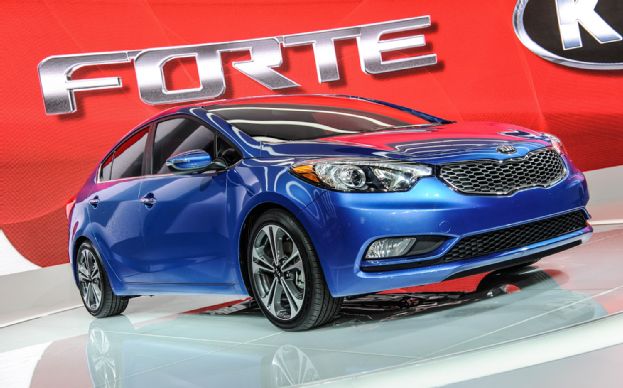 It’s getting ready to compete with other big players like Honda, Nissan, Toyota, and Chevy. Kia has unveiled its new redesigned sedan with hatchback and coupe styled which will boost up the volume of sales in the market, it will be available in the market by mid of 2013.

2014 Kia Forte’s official pricing will be announced in the beginning next year.