New 2012 Toyota Hilux is especially manufactured for European market and it will be available in more than 135 countries throughout the world. In 35 European countries & it is marketed by Toyota South Africa Motors and Toyota Thailand Motors. 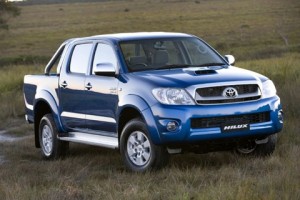 Toyota introduces its new 2012 Hilux with new exterior design and it comes with renowned reliability, durability, and quality. With these improvements it has already created a lot of curiosity across the automotive society. 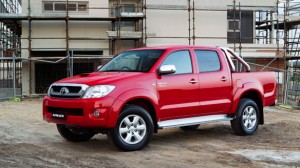 Inside the new Hilux cabin, we see a stylish dash and some high quality material all around. It offers superior sensory quality and it has been fully revised with its sophisticated designs that make its cabin luxurious. 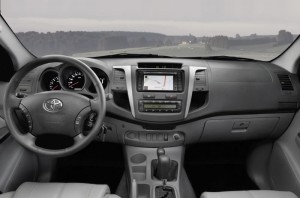 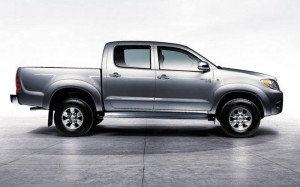 The vehicle redesigned with new 15 inches and 17 inches steel and alloy wheels. It comes with new door mirrors, front and rear wings.

It has offered in 4 trims such as SR+, SR, new DLX+, and DLX. DLX+ is developed with two wheel drive or four wheel drives, which are mated with manual transmission to all types of body styles.

2012 Hilux comes with new healthy chassis that increases its ground clearance and also improves its two wheel drive model towing capacity, which is around 2.5 tons. New 2.5 D-4D and 3.0 D-4D these both engines are going to implement with DFC (Diesel Particulate Filter).