New 2012 Tesla Model S is one of the good looking, innovative and passenger utility vehicle. Last week Elon Musk announced their company is going to build one of the finest cars in autos world.

2012 S sedan is powered by electricity instead of gasoline and it will be sold in three different battery pack options. 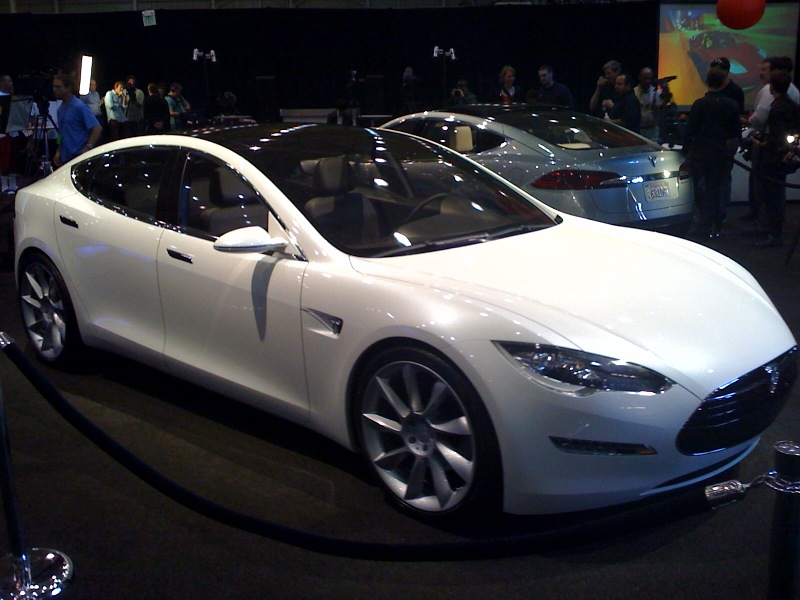 New model includes 17 inches touchscreen, iPad controls major functions of car, which guarantee that the S model is both easy to personalize and to update. Five passengers can sit comfortably in its interior cabin and it has beautiful outlook.

Basic model accelerate from 0 to 60 MPH just in 6.5 sec and its top speed is around 110mph. Battery of this vehicle can be charged from 110/240 volts family outlets & from many charging stations and also including Universal mobile adapters and connectors.

Company is planning to build 5k to 7k sedan vehicles in its California plant this year and it will be available as a signature performance and signature models. Price tag of base model is expected to starts from $57,400 and expected price tag of Signature Performance is around $105,400 which is excluding any Govt Tax Credits.